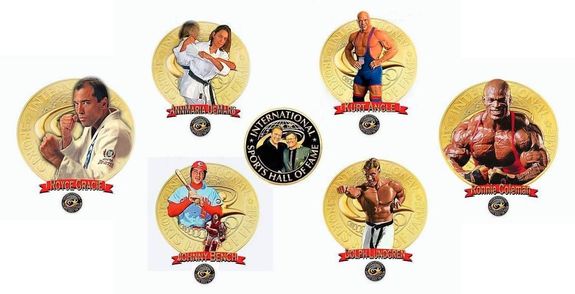 Lundgren holds a rank of 3rd dan black belt in Kyokushin Karate and was European champion in 1980 and 1981. Lundgren’s breakthrough came when he starred in Rocky IV in 1985 as the imposing Russian boxer Ivan Drago. Since then, he has starred in more than 40 movies, almost all of them in the action genre. He portrayed He-Man in the 1987 science fantasy film Masters of the Universe, and Frank Castle in the 1989 film The Punisher. In the early 1990s, he also appeared in films such as Dark Angel (1990); Showdown in Little Tokyo (1991), alongside Brandon Lee; Universal Soldier (1992) opposite Jean-Claude Van Damme; Joshua Tree (1993), opposite Kristian Alfonso and George Segal; Johnny Mnemonic (1995), opposite Keanu Reeves; and Blackjack (1998), directed by John Woo. In 2004, Lundgren directed his first picture, The Defender, and subsequently helmed The Mechanik (2005),Missionary Man (2007), Command Performance (2009), and Icarus (2010), in which he also starred.

After a long spell performing in direct-to-video films since 1995, 2010 marked his return to theaters with The Expendables, an on-screen reunion with Stallone, alongside an all-action star cast which included, among others, Jason Statham (2014 ISHOF Inductee), Jet Li, Stone Cold Steve Austin, and Mickey Rourke. He reprised his role as Gunner Jensen in The Expendables 2 (2012) and The Expendables 3 (2014). The same year as The Expendables 3, Lundgren co-starred with Tony Jaa in Skin Trade, that also starred Michael Jai White (2015 ISHOF Inductee), Ron Perlman, and Peter Weller.

He then went on to win 8 Mr Olympia championships, making him one of the greatest bodybuilders in history, with only him and Lee Haney winning 8-the most Mr Olympia titles. Ronnie supports the Inner City Games, an organization co-founded by Arnold Schwarzenegger in 1991. He was the recipient of the 2001 Admiral in the Texas Navy Certificate Award from Texas Governor Rick Perry for outstanding achievements in bodybuilding and for the promotion of physical fitness. He is also a decorated multi-year police officer in the State of Texas.

Royce Gracie was born in Rio de Janeiro, Brazil and is one of nine children, seven of whom are boys. His training in Jiu-Jitsu began at a very early age as a game with his father Helio. Royce began competing in tournaments at age eight. He received his blue belt at age 16 and was promoted to black belt in less than two years. Royce opened the Gracie Jiu-Jitsu Academy 30 years ago in Torrance, California.

Royce’s exciting career as a fighter began in 1993 after defeating three opponents in the first Ultimate Fighting Championship in Denver, Colorado. His brother Rorion came up with this innovative challenge as a way to show Gracie Jiu-Jitsu to the world. Discipline after discipline was defeated by the slight 6’1″, 180 pound Royce Gracie. The viewers were in awe. His opponents consistently outweighed him by more than 50 pounds.

He went on to win 3 UFC titles and today is the only man in the history of no holds barred matches to successfully defeat four opponents in one night. Royce holds the record for the longest MMA match in history: 90 minutes against Japanese superstar Kazushi Sakuraba. His largest opponent was Sumo Grand Champion Akebono, 6′ 8″ 486 lbs. Royce vs. Akebono was the main event a New Years Eve show on New Year’s Eve in 2004. Royce defeated the giant in just 2 min and 13 sec with a shoulder lock.

In November of 2003, Royce Gracie was the first fighter to be inducted into the UFC Hall of Fame. In 2014 Royce was named one of the 50 Greatest Athletes in the World by Sports Illustrated. His list of students is enormous and he has also been very active with the CIA, FBI, DEA, Secret Service, Army Rangers, Army Special Forces, Navy Seals and many sheriff and police departments.

Johnny Bench was born in Oklahoma with a childhood dream to become a major league baseball player. He was selected and signed in the 1965 amateur draft by the Cincinnati Reds. After two seasons in the minors, Bench made Cincinnati’s Major League roster for the 1968 season. This marked the beginning of one of the most successful careers in baseball history.

Elected to the Baseball Hall of Fame in January 1989, Bench is considered ”Baseball’s Greatest Catcher” and was named the starter behind the plate of the All-Century Team. His successes include National League Rookie of the Year (1968), National League Most Valuable Player (1970, 72), back-to-back World Series Championships with the Big Red Machine (1975, 76), World Series MVP (1976), 14-time All-Star, and 10 Gold Gloves. In 1980, Bench set an endurance record by catching 100 or more games for 13 consecutive seasons.

Over the years, Johnny has maintained a sense of balance by using his celebrity status to aid such worthy causes as the Heart Association, the American Cancer Society (as past National Chairman of Athletes vs. Cancer), the Kidney Foundation, Franciscan Sisters of Poor Health System, Autism Speaks, USA Cares, the American Lung Association, and the ‘Catch the Cure’ program of the Children’s Hospital of Cincinnati. He also supports the Cincinnati Symphony, and the Museum of Science and Industry in addition to the Johnny Bench Scholarship Fund, which provides funds for students to attend college in the Cincinnati area. Johnny’s national broadcasting background includes nine years with CBS Radio broadcasting the National Game of the Week, the All-Star Game, the League Championship Series and the World Series as well as play-by-play on Reds’ television.

AnnMaria De Mars is an American technology executive, author and World Champion Judoka. She is the first American to take home Gold at the World Judo Championships, competing in the -56 kg weight class, for the 1984 World Judo Tournament. DeMars is the Chief Executive Officer of 7 Generation Games and The Julia Group, as well as a Statistical Consultant and Native American Activist, having authored grants for various Native American programs.

Before she launched 7 Generation Games as its CEO, De Mars was Vice President of Spirit Lake Consulting Inc., a Tribal Institute based on the Spirit Lake Tribe Indian Reservation and was actively involved in the Tribe’s Education and Vocational Rehabilitation programs. In 2013, DeMars was named in Forbes‍ ‘ annual list of the ”40 Women to Watch Over 40” recognizing the accomplishments and backgrounds of women who are making major professional contributions after the age of 40, in the fields of Innovation and Disruption.

Kurt Angle is an American Olympic Gold Medalist wrestler, and actor. While at Clarion University of Pennsylvania, he won numerous accolades, including being a two-time National Collegiate Athletic Association (NCAA) Division I Heavyweight Wrestling Champion. After graduating college, Angle won a Gold Medal in freestyle wrestling at the 1995 World Wrestling Championships. He then won a freestyle wrestling Gold Medal at the 1996 Summer Olympics.

Angle is one of only four people to complete an amateur wrestling Grand Slam (Junior Nationals, NCAA, World Championships, Olympics). In 2006, he was named the greatest shoot wrestler ever and one of the top 15 college wrestlers of all time by USA Wrestling.